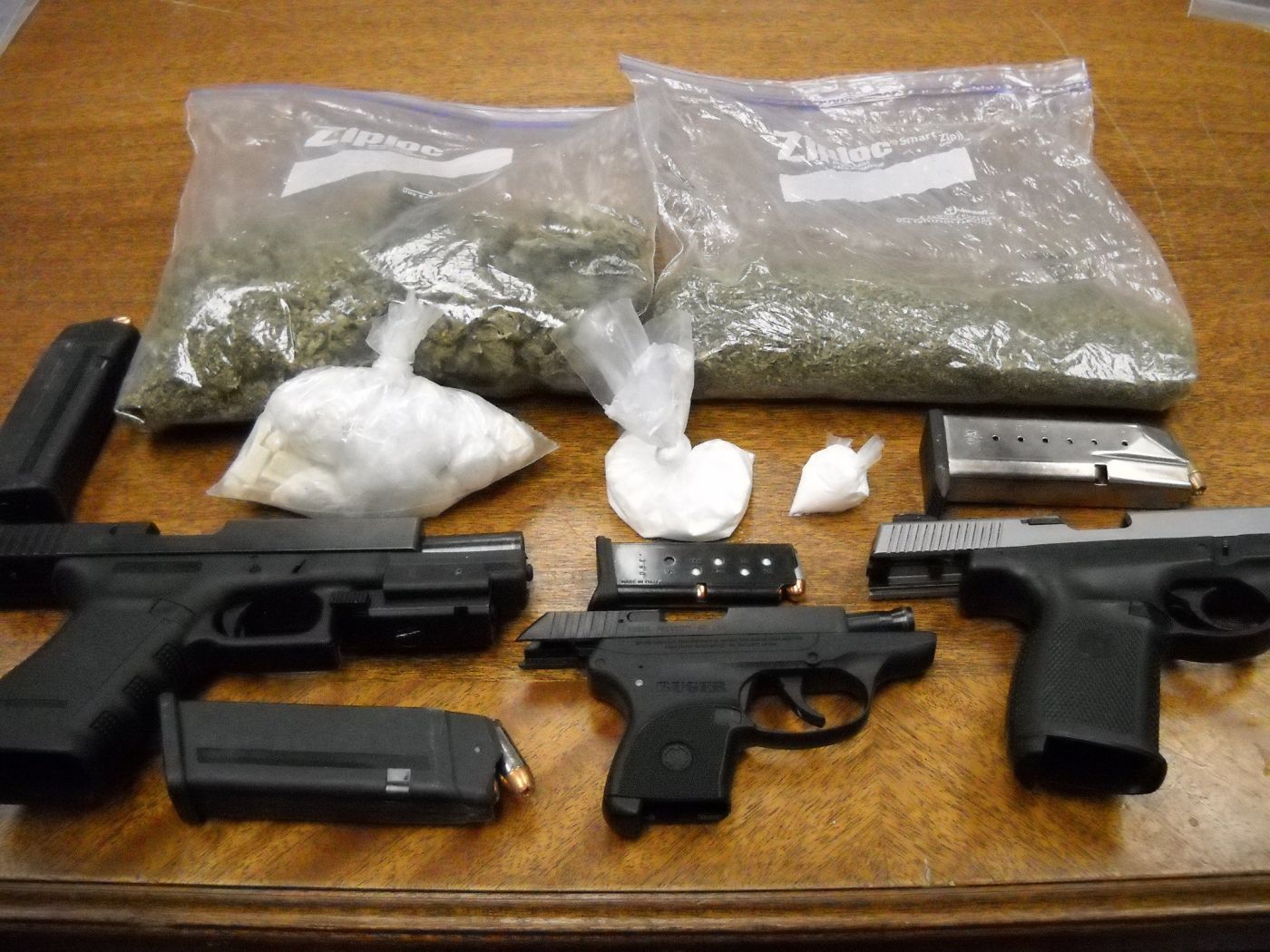 THE EFFECT OF GUNS ON DRUGS IN KANSAS CITY, MISSOURI

Mostly I am talking about Federal charges here.  At the State level, you can get hit with a charge too, but it is probably going to be less big of a deal.

At the State, you are looking at getting a charge for unlawful possession of a firearm (most likely).  That means you could be looking at anything from a Class A Misdemeanor all the way to a D level Felony.  Of course, if you have a felony already then you are going to be charged as a Felon in Possession of a firearm to go along with that Possession of a Controlled Substance with Intent to Distribute.  Not a fun combination of charges.  If you are ONLY hit with the gun charge, then you are probably in a better position than if you have the drug charges along with it.  The drug charges, even in State court, are going to make your life a lot more difficult.  The main reason this is a problem is that Prosecutors think you are much more likely to engage in dangerous and violent behavior if you have a gun and you are selling drugs.  Just the sales charge COULD land you a class A felony, so be careful if you are engaging in this kind of behavior (that means you could be getting put away for life for selling some drugs).

What I would expect would happen in State court is really going to depend on your record.  If you have a pretty light record, then you are probably looking at only probation, maybe even and SIS (read my other posts if you don’t know what that is).  If you have an extensive history then you are probably looking at some time, or potentially some treatment along with an SES probation.  Those probations are going to be pretty long, but you have a good chance of staying out of prison.

Alright, Federal court is really where things get bad for you.  Use of a firearm in furtherance of a drug sale is something we refer to as a 924(c).  This is a problem.  The 924(c) has a mandatory minimum sentence.  That means, if you are in Federal court and you get hit with that charge you are definitely going to prison.  The amount of time depends on how many of these gun charges you have.  The first one is five years.  If you pulled the gun out it is seven.  If you shot someone it’s ten.  The second one is twenty-five years.  The real kick in the pants on these charges is that these charges have to be served CONSECUTIVELY.  So, if you get two charges you are looking at thirty years.  Additionally, these are considered “dangerous crimes” so you will be looking at serving 85% of your sentence in before you are eligible for early release.

You also need to be aware that if you get a gun charge with your drugs, it is going to be hard to get bonded out.  Most of those charges hold a presumption that you are going to be in custody.  There are exceptions to that, but even with an amazing attorney you are not likely to get out.

The gun charges are WAAAAAAAY worse than the drug charges almost every single time.  I have had clients looking at maybe 3-6 months on drug charges and well over 100 years on gun charges.  It’s crazy.

Alright, so the question is, what can you do about it?  That really depends on the details of your case.  You might be able to challenge the test results of the drugs, if you weren’t selling drugs then you can’t get hit with the gun charges (you need both the guns and the drugs for the 924(c)).  You also might be able to work a deal that knocks a couple of the gun charges off.  Mostly, you need an attorney that can help negotiate that deal for you.

I know I have clients who get caught up taking advice from other inmates about how to deal with these things, and I have had to talk clients out of wanting to do some pretty silly things.  In general, I would say to take your attorney’s advice (even if it isn’t me).  Inmates are not usually good at decision making, and a good attorney will explain why you are getting the charges you are getting and will make sure that you get as good of a deal as they can.

I don’t want to lie to you about the Federal gun charges, these things are no joke.  You are likely looking at doing some kind of time on these.  They are often hard cases to beat and they have a very stiff penalty.  Do your best not to get in this situation, but if you are then get an attorney and try to work a deal.  Unfortunately, the best deals usually take time.  Time that you might be sitting behind bars waiting for.