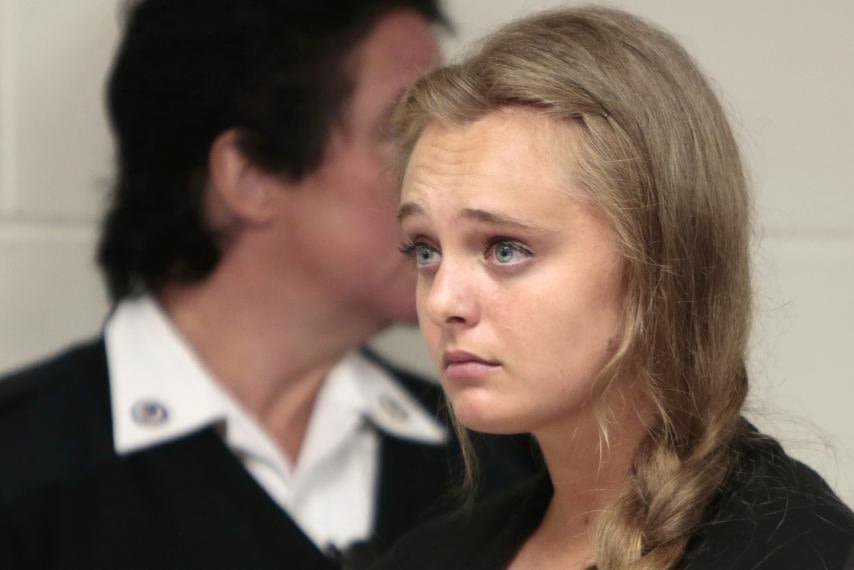 TEXTING YOUR WAY TO MANSLAUGHTER

I haven’t written on here in a little bit (been very busy with a couple of Federal cases that were headed for trial… btw, we got a great result for our clients - I’m bragging a little), but I saw a recent case hit the news about a young woman who sent text messages to her boyfriend and was accused of Involuntary manslaughter.  This is in Massachusetts, but the law in Missouri is pretty similar.

Let me give you a little backstory here: This teenage couple was dating and the fellah was feeling very depressed.  He made a plan to kill himself and he told his girlfriend.  Being a very supportive young woman, she decided she would encourage him to do what he wanted to do.  She sent some texts telling him that he made the right choice.  He began to second guess himself and got out of the vehicle (which was filling itself with toxins, as he had chosen the car as his means of suicide).  As supportive as ever, she sent him a text telling him to “get back in.”  She told him that he made the right decision and that the time was right.  He got back in, and now he is dead.

Today, this young woman was found guilty of involuntary manslaughter based upon the text messages that she sent to her boyfriend that day.  I was having a discussion with some friends of mine a few weeks ago about this case, and I thought it was very likely she would be found guilty.  I’ll explain a little below.

For our purposes today, manslaughter is (1) an unlawful killing, (2) that was unintentionally caused, (3) as the result of the Defendant’s reckless or wanton conduct.  So first question:  was the killing unlawful?  Well, yeah.  It is against the law to commit suicide (and to assist in a suicide), so the killing was unlawful.  Was the killing intentionally caused?  Well, the kid did want to kill himself, so in that sense, it was intentional.  However, our Defendant (the girlfriend) did not intentionally cause it - she didn’t choke him out or stab him - so his death was unintentional from her position.  Last question:  was the death the result of her reckless or wanton conduct?  This is the part that gets interesting (in my opinion).  Had she only encouraged him to do what he wanted, and had she not specifically told him to kill himself, then I don’t think she would be responsible.  The part where they get her is that she told him to get back in the car.  That is the reckless or wanton conduct.  There was an opportunity for her to likely keep him from killing himself, and she instead took a disregard for human life and opted to encourage his death.

In this case the attorney asked to have the case tried before a judge.  That is a pretty risky move, but it is an interesting gamble here.  This case asked for a very technical legal answer:  is it reckless or wanton to send a text message telling someone to kill themselves?  The attorney was worried a jury would hear the text messages, not understand the challenging question of law, and find her guilty.  So he opted to have the judge hear, so that he had the best chance on a very technical and new area of law.  Unfortunately for him, he lost.  And so did his client.

Now I am not that familiar with the sentencing procedures up in Massachusetts, but I think there is a good chance this lady will be looking at some kind of probation or a short stay in jail.  I should probably write a separate piece on sentencing, because I get a lot of very confused clients who struggle to understand why different people get different sentences.  The reason that she will likely be looking at a short jail sentence or probation is based on a few things:  (1) she was young when it happened, a juvenile, in fact, (2) she has no criminal history, (3) she likely didn’t understand her own liability in this instance, and (4) she is unlikely to commit a similar crime in the future.  The biggest question that judges like to have answered are whether the person is a danger in the future and how serious was the crime.

Moving on a little, there is a similar case taking place in Missouri right now.  The manager of a Dairy Queen has been charged with involuntary manslaughter because she was bullying a kid who eventually killed himself.  This case seems to have much less merit, in my opinion, than the one I was discussing today from Massachusetts.  However, I don’t have all the details of the case.

I plan on following up on this once I have more information and we get closer to having the case resolved.

Thanks for taking a few minutes to read.  If you have any questions, let me know!