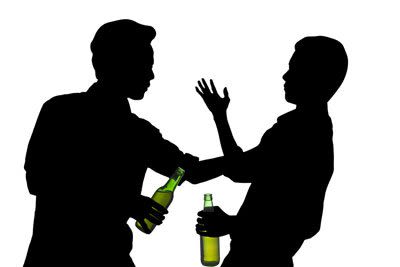 WHAT DOES ASSAULT MEAN TO YOU IN KANSAS CITY, MISSOURI?

A lot of people have heard about assault and battery, the crimes, but don’t really know what the differences are.  I’m going to do my best to explain these differences in a general sense but also discuss what this means in Missouri.

Assault can also be an attempted battery.  You throw a baseball at someone’s head and you meant to hit them right in their stupid head… but you missed.  Well, that becomes an assault.  You will be charged with the lesser crime of assault rather than with battery (in most places, I can’t speak to the entire country.

The legal terminology that people often use is that the apprehension, or fear, of unwanted physical contact was made.

That means you can’t accidentally brush up against someone and have them claim that you “battered” them.

So, in Missouri there actually isn’t a crime called “battery.”  Everything is assault.  I know, I just spent the last 250 words explaining the difference between these two things…. What do you want me to do?  I can’t help that Missouri doesn’t do things the way the rest of the country does it.

In Missouri we have four “degrees” of assault.  4th being the least bad and 1st being the worst.

4th degree assault means you accidentally hurt someone when you should have known better.  You may have been negligent in using a gun and accidentally hit someone, you might have been throwing barrels off your roof knowing people were below and someone got hurt.  It is also where you are threatening to hurt someone, but didn’t actually do it.  It is a Class A misdemeanor, and it can get you in a lot of trouble.

3rd degree assault is a Class E felony, up to four years in prison and a $10k fine.  This used to be a misdemeanor, but this year became a felony.  All it means is that you intentionally caused injury to someone else.  That is it, you meant to hurt someone and you did (like battery I described above).

2nd degree assault is when a person flies into a rage and tries to kill someone (but doesn’t) or when you hurt someone with a deadly weapon on purpose.  Typically the court wants to see that the rage was justified.  Like you walked in on your spouse having sex with someone else and you totally lose it.  Or someone grabs your kid and you try and beat them to death.  There are a few other ways to get it (recklessly shooting a gun and injuring someone, hurting someone who is a “special victim.”  These issues are probably best left to another discussion, as they are kind of edge cases.  2nd degree assault is a D felony.  It carries up to a 7 year prison sentence and a $10k fine.

1st degree assault is when you attempt to kill or cause serious bodily injury to someone.  Shooting someone with a gun, stabbing someone with a knife, trying to push someone off a building, beating someone almost to death… all that fun stuff.  This is a Class B felony, that means between 5 and 15 years in prison.  But, there is not fine so that’s good news.  These are considered violent offenses, so you are looking to have to complete 85% of the prison term before you can be released on parole.

Assault charges have become a lot more serious in Missouri as of this last year.  It can be a very scary situation and it can be a real problem if you get charged.

If you catch the charges early enough (with a lawyer) you might be able to get a 3rd degree reduced to a 4th degree and then deal with it in municipal court.  If you go to the State Court, then you are looking at a much more expensive case and a much more serious sentence.

Thank you for reading, let me know if you have any questions!